Helping to grant wishes-of-a-lifetime with Starlight

Starlight Children’s Foundation is a national charity that works to bring joy, happiness and positivity to children and teenagers who are living with a serious illness.

Starlight grants wishes-of-a-lifetime and provides a variety of activities and entertainment both in and out of hospitals and hospices. Their aim is to help children and teenagers rediscover their childhood, distracting from the pain, fear and isolation that they may feel as a result of their illness.

For over 30 years Starlight have been supporting children and their families who are affected by a serious illness, bringing laughter and fun at what can be a very dark time.

“Your generous donation will be put to immediate use and will help brighten the lives of seriously ill children and their families”.

“We know there is so much more to treatment than medicine and our aim is to brighten the lives of seriously ill children and their families, helping them to smile again. Thanks to you, we can give whole families something to look forward to, to share and to remember by providing once in a lifetime wishes”. 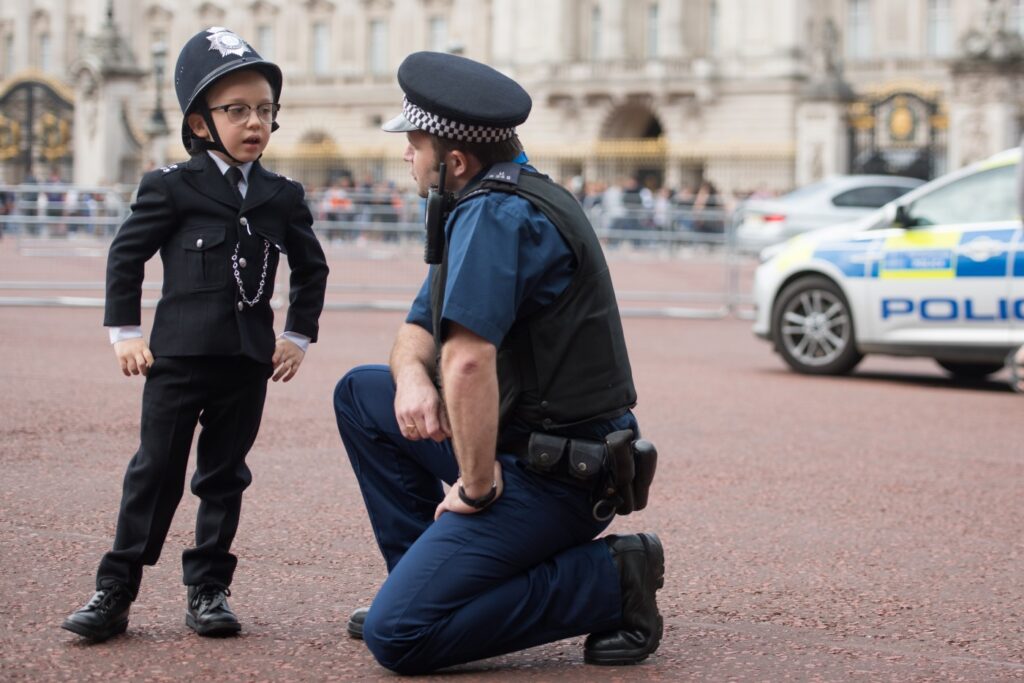 Charlie Peebles in his role as a Police Officer.

In July 2018, Starlight granted seven-year-old Charlie Peebles’ wish to be a policeman with the help of the Metropolitan Police.

Charlie has always liked policemen and wants to be one when he grows up. He often tells his mum that he’ll put her in jail for not doing what she’s told and asking him to tidy up his toys!

When Charlie was six-months-old, he was diagnosed with a serious condition called hereditary spherocytosis. This means his red blood cells are oval shaped rather than round, so his spleen thinks they’re foreign bodies and attacks them.

A simple virus or infection, like an ear infection, can be very dangerous for Charlie and he needs blood transfusions to fight them.

As well as hereditary spherocytosis, Charlie also has another genetic blood condition called Type 1 Von Willebrands disease. This is a bleeding disorder like haemophilia and Charlie needs medication to help his blood to clot.

On the day of his Starlight Wish, Charlie and his family arrived at Belgravia Police Station. Two policemen presented Charlie with his police uniform that had been especially made for him. Charlie was even given his own collar number, CP999, which no one else can have! 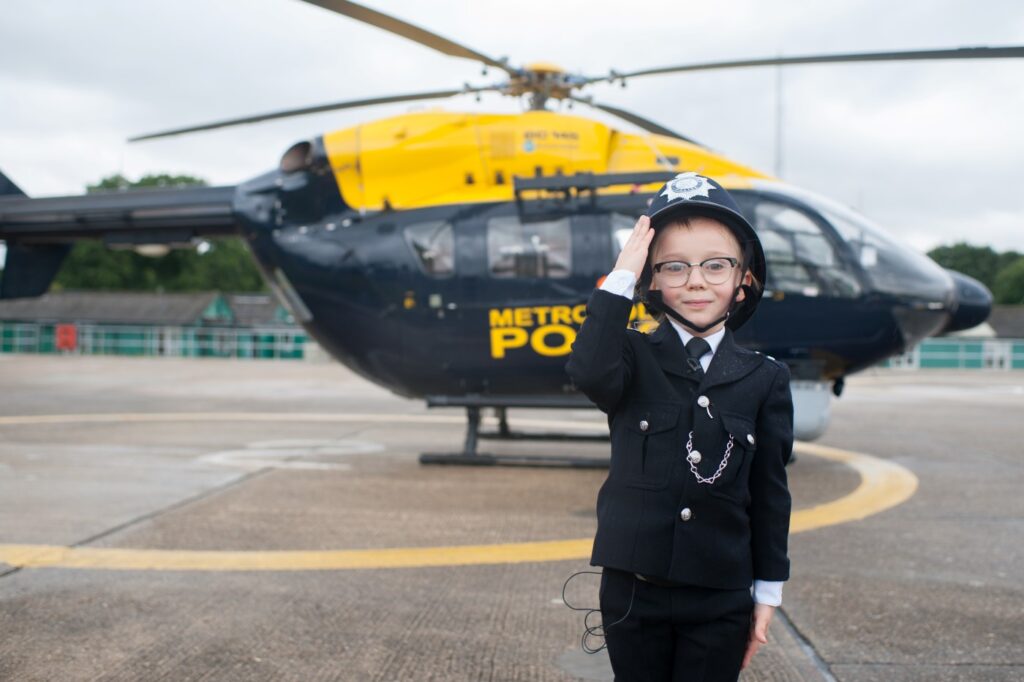 Charlie with the Police helicopter.

Dressed the part, Charlie got into the character of ‘PC Peebles’ and sat in the police van and played with the sirens. It was then time for him to travel in police convoy to Buckingham Palace where he watched the Changing of the Guard. He helped with the security sweep and PC Peebles stood to attention and saluted as the Queen’s Guard walked by.

All the tourists watching the Changing of the Guard were very impressed by PC Peebles and flocked to him to take countless photos and selfies!

“The weekend has been fantastic especially watching his face light up. It’s been amazing to see Charlie’s Starlight Wish granted because being a policeman is all he ever talks about and all he has ever talked about. Most children don’t get to have their dreams come true until they grow up so it’s amazing that Charlie’s have come true at this early stage.” – Ally, Charlie’s mum 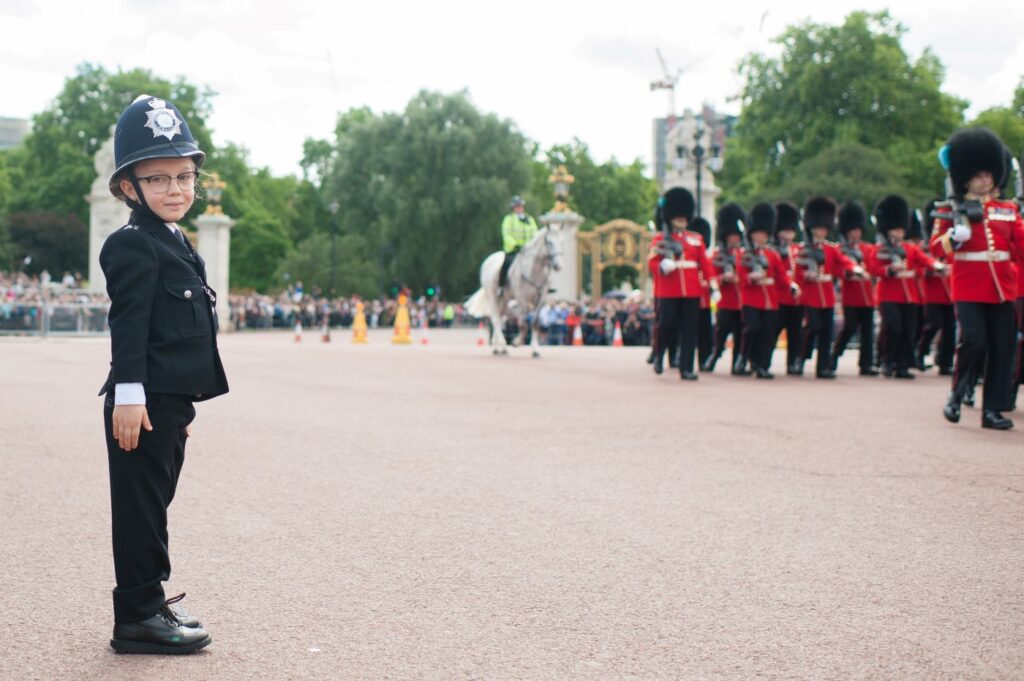 After a spot of lunch, PC Peebles headed to Lippitts Hill which is where the National Police Air Service is based. He sat in the police helicopter and was taught how to turn it on and off. PC Peebles also met the 12-week-old police training puppies and the working police horses. It was then time for PC Peebles to put his police skills to the test and arrest a ‘baddie’ which he did with ease – all in a day’s work for PC Peebles!